A mere 60 Covid cases and the 17.5-million-person manufacturing metropolis of Shenzhen was sent into a seven-day lockdown on March 14. As a result of this minor outbreak, all inhabitants of Shenzhen, which adjoins Hong Kong, are required to go through three rounds of coronavirus testing. This is China’s zero-tolerance policy. And the impact on global supply chains is already being felt as vessels begin to queue up outside the Yantian International Container Terminal, the world’s fourth-largest.

Data shows a build-up of vessels around Shenzhen, Ningbo, and Shanghai as transport to and from these critical ports has slowed down. Although port authorities in Shenzhen have said the port will stay open, and some vessels are continuing to dock, congestion is increasing as port workers and truckers are forced to stay at home. Already, container loading is “decreasing massively,” reports Jasmine Wall, APAC Manager, SEKO Logistics. 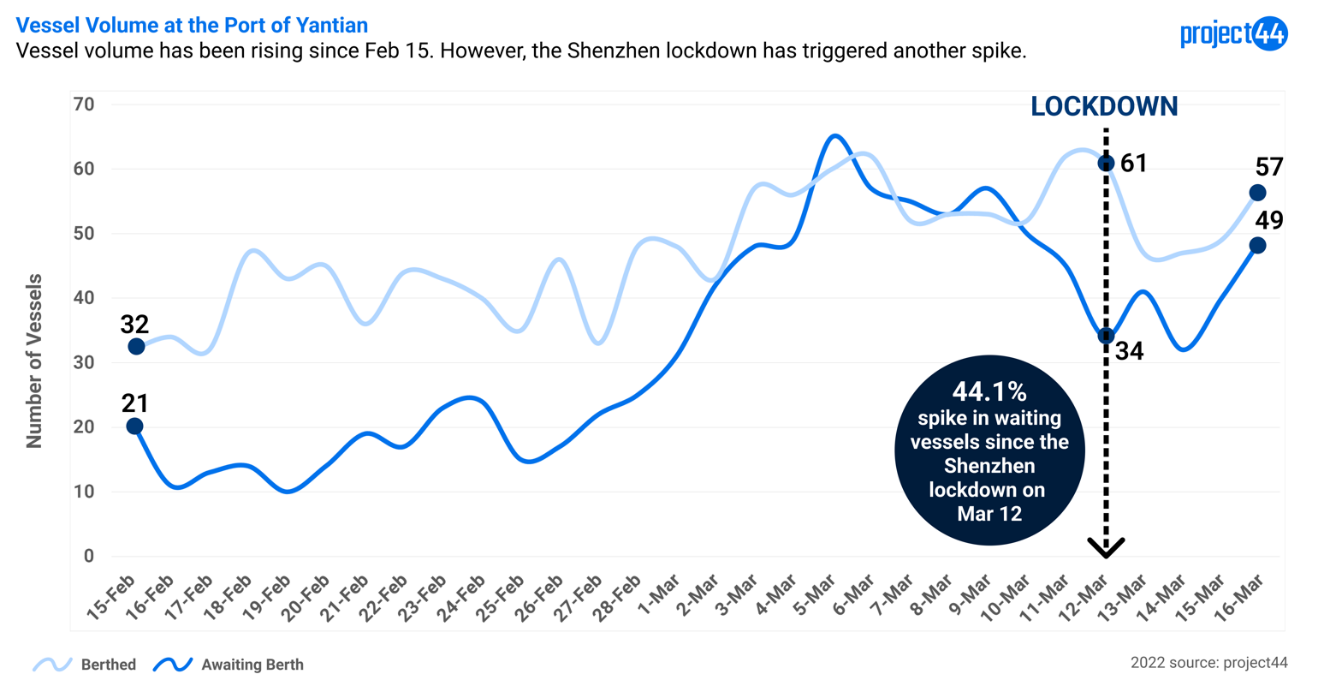 Given the total lockdown, the fact that Yantian remains open is increasingly irrelevant. The lack of warehouse operators and truckers is causing delays filling containers and transporting them to the port – and with factories in Shenzhen closed, the supply of goods to fill containers is drying up. This is particularly unfortunate since, in February, according to the JP Morgan Global PMI, supplier and shipping delays had fallen to their lowest level since early 2021. Covid lockdowns have a history at Yantian. The disruptive effect on global shipping from similar Yantian lockdowns last year was more significant than that caused by the six-day closure of the Suez Canal after the Ever Given ran aground. 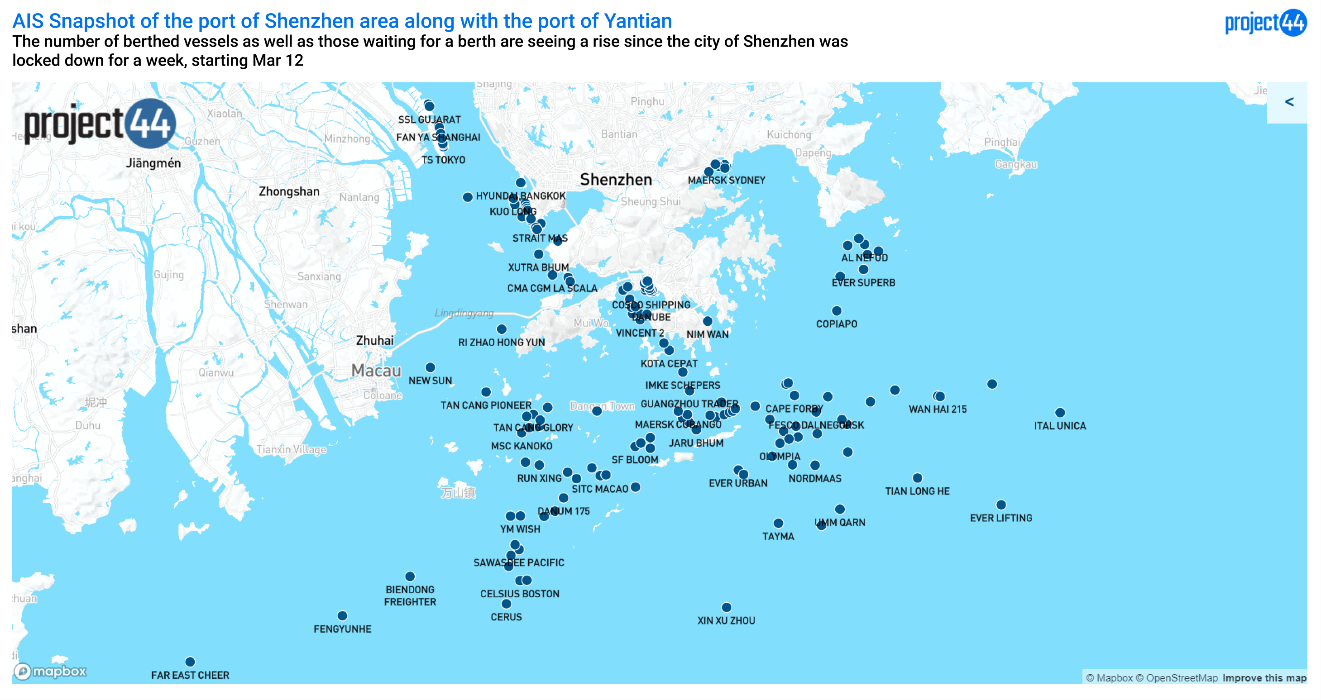 Shenzhen is often referred to as China’s “Silicon Valley” – not least because this manufacturing hub is home to the world’s leading producer of electronic components, Foxconn, which makes parts for Apple, Sony, Nintendo, and Hewlett-Packard, along with close to 30 other leading IT companies. The cumulative effects on the consumer electronics, automotive, and medical equipment industries worldwide will soon be felt. Although Foxconn surprisingly announced on March 16 that it was partly restarting production because “closed circuits” could be created for employees living in on-site residential blocks who had no contact with the rest of Shenzhen’s population. This stand-alone solution is not easing the Shenzhen lockdown, which will last at least until Sunday.

With other export hubs in China like Hong Kong and Shanghai also suffering from bottlenecks, rerouting containerships from Yantian is unlikely to ease the supply chain crisis. Besides, given Omicron’s highly infectious nature, there is no guarantee that China’s zero-tolerance policy will not lead to more radical lockdowns before long. “A shutdown in Chinese exports will further exacerbate supply chain delays and reduce inventories held by businesses, which could drive further price increases,” says Niels Rasmussen, Chief Shipping Analyst at BIMCO, a shipowner association. With the U.S. inflation rate currently over 7%, such price increases will only add to the inflationary pressures of rapidly rising energy and commodity prices caused by the Russian invasion of Ukraine.

No herd immunisation in China

Another consequence of China’s zero-tolerance policy is that its population is not benefiting from the same herd immunisation that is increasingly apparent in Europe and North America. This leaves the Chinese population highly vulnerable to further outbreaks resulting in radical lockdowns that will continue to disrupt global supply chains from time to time. China’s manufacturing sector is paying a high price for this zero-tolerance policy, which leading medical experts think is fundamentally flawed. Maybe this will lead the Chinese authorities at some point to rethink the reasoning of shutting down a 17.5-million metropolis for just 60 Covid cases.

HepcoMotion chairman launches his own blog